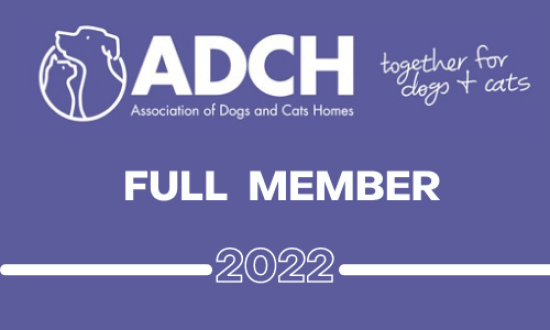 INTERNET CONCERNS : There are some important things to think about when taking on a rescue Airedale (or any other dog)  We have some serious concerns about recent internet re-homing services being offered.

It is important to realise that not all breed rescue organisations work to the same set of standards.

The most important fact is that the welfare of the dog should be first and foremost, so it should be obvious that any prospective new owner should be prepared to be vetted.  This is so that the dog and the new owner should be the best possible match for one another.  It is not fair to the dog if it is re-homed over and over again because care has not been taken to arrange a suitable pairing at the outset.

The organisation seeking to re-home a dog should have taken a full history (as far as is possible) so that they know the dog’s background, what it’s used to, whether it is OK with children, other animals, is used to a lot of exercise, its diet, any health problems, its temperament, things it may not be comfortable about, etc., etc. etc.  The dog should also have been checked out by a vet so that any problems, vaccinations, treatments needed or future potential health problems are dealt with and are made known to the new prospective owners.

A lot of re-homing organisations charge both sides for the service - the old and new owners - without ever setting eyes on either the people or the dog.  They appear to be more interested in making money from the transaction than the welfare of the dog.  How can it be OK for prospective owners to take possession of a dog in a motorway service station car park, as often seems to be the case with many internet  matching services?

Yes, it can and does cost a lot of money, time and effort to meet owners, vet the dogs, have them assessed and brought from their old homes to their new homes.  That is why at the Airedale Terrier Club of Scotland, our Breed Rescue is a registered charity and we actively fund-raise to support the costs associated with responsibly re-homing Airedales in Scotland.  We get to know the histories of the dogs, and act as a go-between for the owners who are looking for a new, loving home and the prospective new families.

The ATCS legally takes on ownership of and responsibility for the dog, so that, if for any reason, the new home does not work out we will take the dog back and arrange a new owner.  The dog’s welfare is always our main concern rather than making money.

Many of our rescue dogs come to our regular outings and we can see for ourselves how well they and their new owners are getting on and we are always on hand to offer advice or assistance or solve any difficulties which may arise.

All of these things are what re-homing RESPONSIBLY should be about.

Thank you for your interest in our rescue dogs.  We think they are very special and hope you will too. Because many people are not familiar with “rescue” we would like to explain briefly what we do.  Basically we find homes for Airedales whose previous homes have disappeared.  This may happen for a variety of reasons; an owner dies, a dog gets lost and picked up by a shelter, a family moves and is unwilling to take the dog along, people get divorced (or married) and move to different living arrangements, an owner’s job starts to require a lot of travel, people may have a baby and decide that they can no longer handle the dog as well, someone chooses a breed of dog which is not suitable to his own temperament or lifestyle.  If you are dog person, you would not believe some of the reasons why people give up a dog – but it happens all the time.  Almost always, it is absolutely no reflection on the dogs.  They just get lost in the shuffle.

Since Airedale Breed Rescue in this area has been active we are contacted about Airedales in need from a variety of sources.  We are notified by the SSPCA and shelters when an Airedale appears on their doorstep.  Some people hear about us through The Kennel Club, the internet, groomers, vets, breeders of just “via the grapevine”.  Thankfully many Airedales in need of a home have been placed with people who are willing to open their homes to a dog who is a bit down on his luck and we end up with many smiling faces on both ends of the leash.

Obviously, most of our dogs are beyond the puppy stage and quite frankly, we are always amazed at the number of people who think they want a puppy.  Having lived with older dogs we have come to appreciate the many benefits of a mature dog, the most obvious being that they are already housebroken.  Puppies are made cute for a reason – to make you forget the shoes they eat, the plants they demolish, the messes they make and all the times they drive you crazy. Most of the dogs on our register tend to be between 2 and 6 years old but occasionally we get younger or older ones.  We seem to get more males than females – you know how curious many Airedales can be, and they can be lost before they even finish their adventure, so please if you have any biases about owning a female versus a male talk to one of our people about what kind of pet a male Airedale makes.  A lot of us are really partial to the boys so ask about living with them. Obviously we love Airedales and are dedicated to their well being.  Since we are Airedale people we can’t imagine life without an Airedale.   But we do realise that Airedales are not for everyone and sometimes people who think they want an Airedale really don’t.  That is why we want to be as honest as possible with you and hope you will be honest with us.  Especially if you have never owned an Airedale before, please hear us out with an open mind.  If an Airedale isn’t the kind of dog who fits into your life, neither you nor the dog will be happy.  It is better to realise this “up front” than allow a dog to think he has found his new life when he has not.  So please be honest and be realistic.  No doubt there is a dog out there for you, but we both need to determine whether or not that dog is an Airedale.

If you have never owned an Airedale before please pay special attention because what we expect is what we believe to be important for a safe and loving home for an Airedale. We require a fenced garden for our adoption dogs.  We feel that an Airedale needs space to stretch his or her legs.  We also know that Airedales are quite adventuresome and find it almost impossible to stay at home when there is a world out there to explore.  Please remember that a number of our dogs have come to us as strays.  If they had a secure fenced garden in the first place we probably would never have met them.  We do not allow our dogs to be chained outside, so this is not an alternative to a fenced garden.  While we are usually quite firm about fences we do realise that sometimes there are special circumstances due to special owners or special dogs, when we might need to reconsider our “fence position”.

Airedales are very smart and curious.  If you mind being outwitted every now and then you might not be enchanted with them. Because they are smart they can also be quite stubborn so if you like a dog you can control completely you will not like an Airedale.  If you want dog who lies quietly at your side and never questions your judgement you should consider another breed.  Airedales do not respond well to being excluded from the family and you will be asking for trouble if you expect an Airedale to be happy restricted to the backyard or to a room or two in the house. While Airedales are smart they are not always obedient.  They usually have much better things to do than come when called.  Airedales usually feel that when they have done something once they have shown you how smart they are and drills on any exercise are met with less than an enthusiastic response.  Airedales do not respond well to a heavy hand in training.  Training efforts are most successful if they are based on praise and reward rather than on punishment.  Airedales want to work with you, not for you and your training efforts need to take that into account.

If you are a neat or house proud person you may object to their drippy beards after a dunk in the water bowl.  Airedales, being the King of Terriers, are very often avid diggers, not so much to escape but down to build a comfortable nest under your shrubs or just for the fun of digging up your best plants!  So think about these things and think about what you really want and don’t want in a dog.

Many people are drawn to Airedales because of their appearance.  Well groomed they truly are a stunning breed, but you should know that Airedales are a breed that requires grooming at least once a week. Show dogs' coats are hand stripped (the old coat is pulled out and a new coat grows in), but most Airedales' coats are clipped.  A totally un-groomed Airedale gets quite hairy and to many people this would not make a particularly pleasant house dog although they do not cast their hair. Airedales should be clipped about 4-6 times a year.  Of course you could learn to do this for yourself. Most dogs learn to enjoy the attention once they get used to the process and you will enjoy the results.  Since it may be difficult to find a groomer we do encourage you to learn.

Some people are impressed with the Airedales reputation for courage and bravery.  Much of this is obviously myth and lore and some does reflect the spirit of Airedales. Airedales tend to be very territorial.  While this does make them watchdogs in a sense, dog owners today should realise that they are more likely to be sued by someone’s solicitor than be robbed by a burglar.  Aggression in companion dogs should never be encouraged and anyway your Airedale would much rather be your best pal. You should always be aware that some Airedales can be aggressive towards other dogs, while others live happily in multi-dog families.  This can be true of both male and female dogs.

If we do not have a rescue dog suitable for your family when you first contact us, please be patient. We sincerely hope that if you decide an Airedale is the dog for you, you will consider adopting a rescue dog.  They are wonderful dogs who have run into circumstances beyond their control now find themselves in need of a new home and people who are willing to make a caring commitment to them for the rest of their lives.  We hope that you will be one of these people and will join us in discovering the wonderful world of RESCUE DOGS. 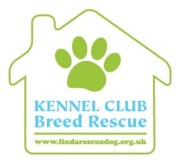 Please note that the Kennel Club have their own pet rescue service which covers all breeds.  Click the logo on the left to visit their website for more info :